This area of town is the northern part of Wilton, and covers many historic homes and buildings. Many of these houses, formerly built and owned by Wilton settlers, including the famous Olmstead family, have been restored and are still lived in today.

A post office opened in North Wilton in 1850 and was attached to Lewis Olmstead’s store at the corner of Ridgefield Road and Deforest. Olmstead served as the postmaster for its beginnings. James Comstock took over after eleven years and moved the post office to his own store at the corner of Ridgefield Road and Nod Hill Road. He worked as postmaster for the next twenty three years until is was bought by Robert W. Keeler. Shortly after 1900 the post office was discontinued and replaced by a mail drop-box.

Some areas of interest in North Wilton…

Nod Hill Road is a long road that passes through North Wilton. It features many historic, colonial homes that were owned by some founding and important members of Wilton. This includes Samuel Olmstead II House built in 1790, and the Rock House Farm, also known as the Betts Family Home.

According to town legend, the original home, Rock House Farm, was built by Reuben Olmstead I in 1765. It was called this because of a large cave used by Native Americans as shelter, called Rock House. Over 400 years, the property has grown to an old barn, farmhouse, and cottage and has had quite an interesting history of residents.

In 1770 the home was sold to Michael Middlebrook, Jr., who then transferred the deed to Ebenezer Church in 1774. Church was a controversial figure in Wilton, as he spoke out against the rebel cause during the Revolution. In 1810 Church sold the home to Elijah Betts III, who expanded the structure to two homes. The Betts family owned this home for over 100 years. Eventually the home was sold to New York socialite George Leary, Jr. and his wife, Eugenia Leary. The two added plumbing to their home, as well as building a cottage style structure, which Leary hoped would become a museum of agricultural New England life. Eugenia lived there until her death in the 1990s, where the home was then sold and restored to its historical value.

The Nod Hill Parade is a fun, family activity that occurs every Fourth of July to celebrate and remember the Revolution. This over 50 year old tradition invites residents of Nod Hill Road and nearby streets to participate in the parade. Residents build floats and dress up as colonial citizens, where the best floats are awarded with prizes. There is also a celebration after, with games such as egg tosses and sack races, as well as a picnic.

There used to be a granite quarry on Millstone Road, named Millstone Quarry, which was worked for over 150 years and eventually closed in the 19th century.

Today, Millstone Road is home to Millstone Farm, a place that promotes local and organic farming. Millstone Farm hosts dinners during the summer from local restaurants. Produce such as tomato sauce, honey, maple syrup, and more are available for purchase. The Farm also provides workshops for those interested in farming, raising chickens, or beekeeping.

Olmstead Hill Road, a beautiful street that overlooks Streets Pond, was named for the Olmsteads, large landowners from 1738. Richard Olmstead was originally a settler in Norwalk in 1651. His descendants owned much of the land in Wilton, at one point owning about 1,000 acres in North Wilton.

James Olmstead III settled in 1729 on what is now Olmstead Hill, named for him. He built a house at 236 Olmstead Hill, which is now 1 Collinswood Road. Though the house was rebuilt, it still stands on its original site and as of 2004, is still occupied by an Olmstead descendant.

Descendants of Olmstead were numerous and important to Wilton’s development. Two were founders of the Volunteer Fire Department in 1928 and one founded the Wilton Academy in 1818.

Chicken Street was named for Chief Chicken, a prominent Native American who never actually lived in Wilton. Chicken was banished from Greenfield Hill in Fairfield for killing another Native American. He was banished to Lonetown, which is now a part of Redding. He then signed a deed to John Read, for whom Redding is named after.

Chief Chicken established a trail through Wilton while on his way to visit another Indian chief in New Canaan, as well as a trail to the Long Island Sound, where he often went fishing.

Deforest Road was named from an old and prominent Wilton family. On 156 DeForest Road is the Whelpley-Deforest House, which was estimated to have been built between 1725 and 1750. It remained in the DeForest family for over 100 years.

2 DeForest Road, also known as Jeremiah Mead House, was one of Wilton’s first taverns. Since it was one of the last dwellings on the road to Ridgefield it provided the perfect place for a tavern.

Other Streets in North Wilton

North Wilton also covers many other streets, many of which were created in the 1970s, when Wilton saw big boom and the town grew from a population of 4,500 to 13,500.

With its rich history and variety of historic and contemporary homes, North Wilton is a beautiful area of this Fairfield County town. 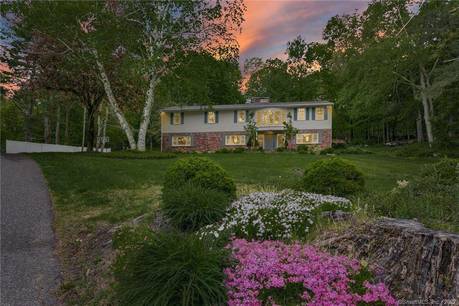 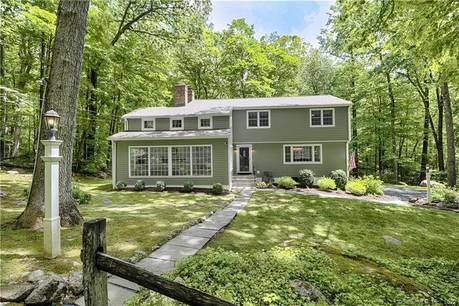 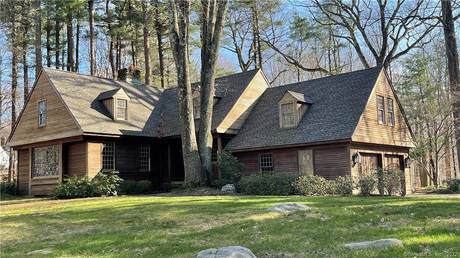 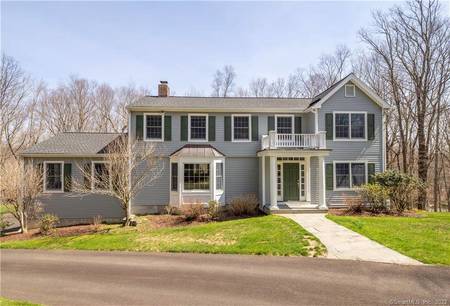